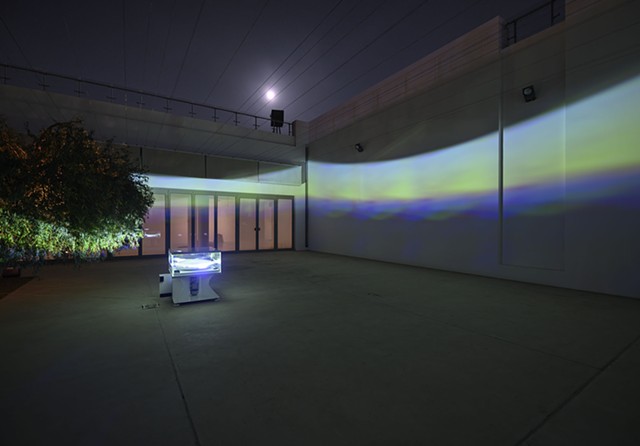 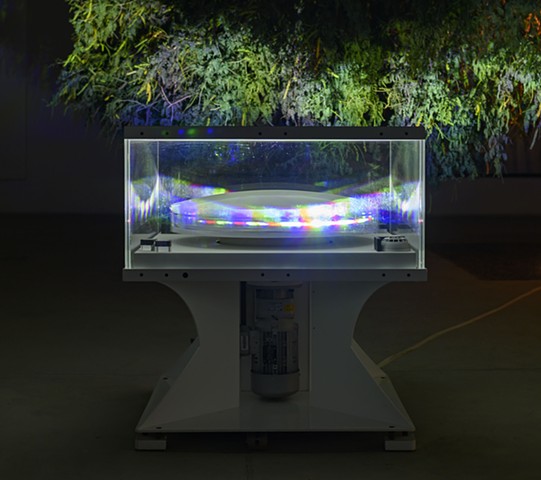 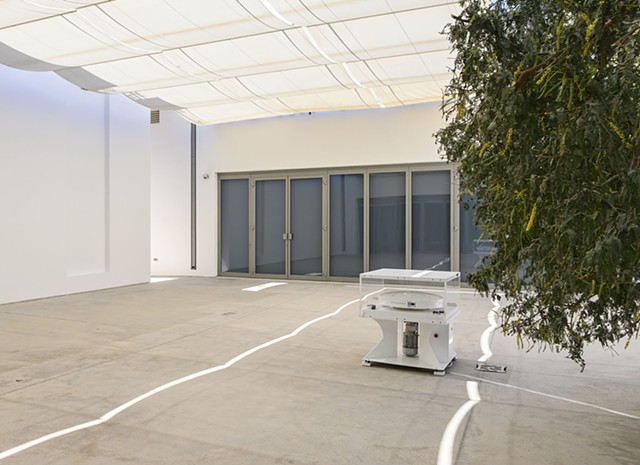 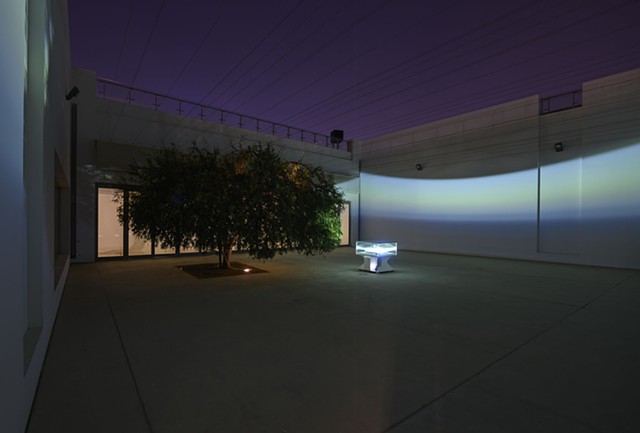 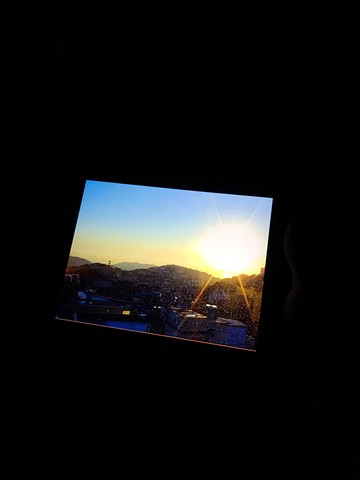 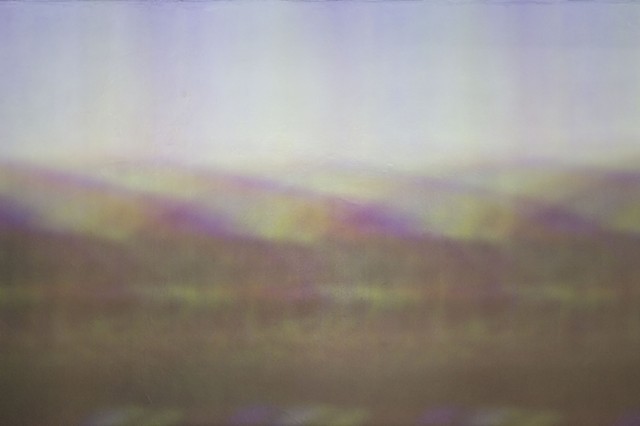 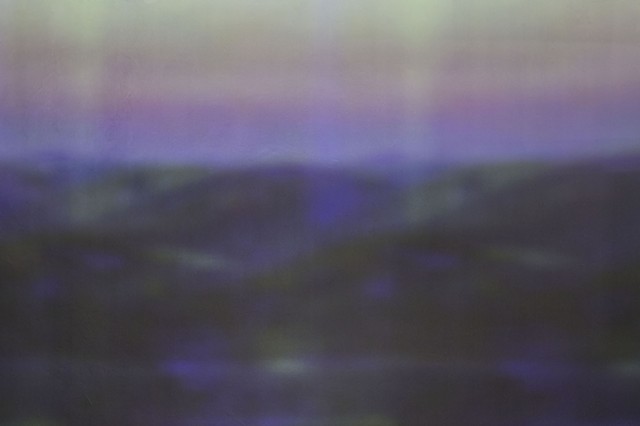 'Photography is truth. The cinema is truth twenty-four times per second’.

Le Petit Soldat (film) (direction and screenplay, 1960). Jean-Luc Gordard The evolution from analogue to digital media, and the resulting virtualisation of data, information and images that are affecting and contributing to economic, political and social relations, has profoundly altered our conventional understandings of time and space, and the interrelations between cities and bodies.

The urban spatial-temporal layout is quickly blurring as our bodies engage more with objects and people through interfaces with retinal displays. The instantaneousness of communication, the implosion of space into time, the conversion of distance into speed, and the collapsing of the workspace into the home computer system, have all had significant implications for our sense of identity, as well as the ways in which our bodies navigate cities and experience temporality and spatiality.

Aoun’s installation, Time travel (2019), which took place in a courtyard in Sharjah during the 14th edition of the Biennial titled Leaving the Echo Chamber, featured 4 projectors spinning at the speed equivalent of 24 frames per second, the timing necessary for digital moving image to appear visually fluid and continuous. The conceived projector-spinning machine also used microwave internet technology to live-stream the artist’s surroundings in Beirut onto the walls of Sharjah Art Foundation’s courtyard in Al Mureijah Square. Throughout the duration of the Biennial, the camera’s location in Beirut changed daily in relation to the artist’s movements, and shot the last 20 minutes of daylight. Thus, each day, the projectors would spin at a specific time following official sunset times. Aoun playfully proposed to ‘leave the echo chamber’ through a kind of time travel, and a return to “material truths”. In the end, the produced images and what the artist also refers to as material truths, by being the live result of an active traveling photon from a live traveling data 24 times a second; “truth 24 times a second”. Surrounded by the whirlwind effect of these images, viewers could reflect on sensations of space-time collapse, the transmutation of distance into time through speed, the instantaneous state of contemporary communication and the cumulative build-up of these forces on a body moving through space.

By purposely imposing a very physical and heavy image-making machine, she aims to materialise the invisible and intangible flow of digital data by revealing the very real and physical substructure that enables it. In many of her works, Aoun reminds us of the possibility for enjoyment of sense and touch when we encounter digital images. Her tactile and quiet works, which allow for a contemplative break from the incessant bombardment of digital data, translate specific traits from the digital realm, such as repetitions, replications, saturations, dissipations, into phenomenological, palpable, embodied experiences. Facing the growing dominance of the virtual, her work softly reasserts the value of matter and the real.